For what its worth, I am not a fulltime hooker. I have a fulltime job in the corporate world, and I only ever have 4 or 5 couples on my books at any one time. I can go a month or more without meeting any of them or I can see multiple couples in a week. My favourite couple to hook up with is Ashley and Brad, we seem to all really get on and just click. I had been seeing them for around 5 months when this all happened.

Ashley is late 30, size 10, and amazing set of double DD titles and she has the best tasting little pussy I have ever had my tong in. She works in the fitness industry and looks after herself. Brad is early 40’s about 6ft2, gym toned and has a management role in a large company. While Ashley and Brad do have young children, they are both still active in the swingers scene. During one of our recent hook ups, we were talking about our recent sexual exploits and Ashley mentioned how she had recently had a mini gangbang with 3 other guys plus her husband. She mentioned how she loved being the centre of attention and how much fun it was. As is a sign of the world we live in today Brad pulled out his phone and showed me some of the pics of their recent session. I must admit it did look hot seeing Ashley in that situation, and the thought of her doing that did get me kind of wet. We did not really talk anymore about it, but instead we went to their bedroom and continued with our little play date

Fast-forward a few weeks and I get a message from them saying there are looking to play this Friday night. This was going to be a special occasion and they had booked a luxury unit in the centre of Sydney. Although I normally prefer day meets as it means I can take a flex day from work and avoid having to explain where I was going, I could not pass up the opportunity to play with Ashley and Brad again, so I accepted the offer. I would simply tell my husband I was going to one of my friends place for a girls night in. This was fairly common so would not ring any alarm bells.

A few days prior to our meeting I get a message from Ashley saying they want to make this a special occasion, and because i had been so good to them, they want to buy me a little gift and she sent me a link to a lingerie store (Honey Bridette for the Australian readers). What they sell is not your normal underwear, but more like the stuff you see in porn movies. I was getting excited just searching the online catalogue. In the end I chose a tiny black thong with gold chains and the matching bra, which was actually more like 3 pieces of string. Ashley said great chose, ordered on my behalf and said it would be available for in store pick up by Friday

Friday roles around and I come home from work, having stopped by the lingerie shop to pick up my new present, and I start getting ready to meet Ashley and Brad. I finish my shower and put on the new lingerie. Bloody hell this stuff was tinny, the thong barley covered my pussy lips and the bra hardly even covered my nipples. I looked like a cross between a porn star and a high class hooker. Part of me was really subconscious, could I actually wear this? While the other part was getting excited. In the end, I thought it would be rude to not wear it, and let’s face it, I was going to end up naked anyway, so I put my clothes on over the top and left.

I rock up to the apartment just after 7pm, Brad lets me in and shows me around, Ashley is sitting in the lounge room with a bourbon and coke, and she immediately pours me one. We are having our general chit chat, 15 min or so pass and there is a knock at the door. Brad jumps up and says I will get that. Ashely has an exited school girl grin on her face. Thinking this was kind of strange, I ask, I wonder who that is, then Ashley looks at me with an excited smile and says, “ babe we have invited a couple of friends over to join us.”.. what friends, how many friends I asked in shock?? “ we have invited 8 guys over, plus Brad of course. I told you tonight was going to be special…. Tonight both you and I are going to get fucked like the little sluts we both are!!… my heart was pumping, I had a churning in my stomach. I did not know what to say or think. I had been in my fair share of threesums before but that was it. That many guys??? I was married after all. I never got into this to meet other guys, it was more about couples play for me. Could I just leave now?? Should I leave?? But part of me was excited.. Did I want to leave?? I was numb, I think I ended up just sitting there.

Ashley brought me another drink, but this time started lightly kissing the back of my neck and behind my ears. She always knew how to get me going. I turned around, gave her a hug and started making out with her. This obviously got the guys attention, and there were lots of cheers and encouragement. After a few minutes Ashley piped up, let’s get this party started. At the same time she stood up, grabbed me by the arm and started leading me to the bedroom. Any thoughts of leaving had gone. I skulled my drink and followed her arm in arm

The bedroom in this unit was huge it had a king bed in it, and a lounge area. Ashely and I jumped on the bed and continued making out. All the guys had followed us in. I could feel extra hands on my legs and thighs, then Brad yelled out, just wait guys, let the girls put on a show for us first. We continued to make out on the bed. Ashley removed my tank top to expose my tiny little bra, which did not really cover anything. As I unbuttoned her top I realised she was wearing the exact same bra!!! That right she whispered in my ear, tonight we are matching sluts. At this point we both took of our pants, leaving us both in our new lingerie. This got a huge response from the boys. As we were still on the bed I pushed Ashley on her back, pulled her tiny little thong to one side and started going to work on that amazing shaved little pussy of hers. It always tasted good, but it was especially wet tonight. I continued working her clit and darting my tong in and out of here. She was moaning and squirming all over the place. The fact that I was being watched and encouraged by a room full of guys just got me wetter and more excited. I moved back up to give her a kiss so she could taste her own pussy. As I opened my eyes I realised that all the guys were now naked and playing with their cocks. An hour ago I this would have been intimidating, now the sight just made me more excited. Ashley then said, loud enough for all to here, I think we should entertain our guests

After a while both Ashley and I made our way to the bed. I was laying on a corner, suck 2 guys alternatively, while one of the others starting playing with my pussy. After a few seconds he had removed my thong, exposing my full shaved little cunt. He licked me and fingered me for a while. Then I heard that non-mistakable noise of a condom wrapper being opened. The next thing I know, the first guy is fucking me. My pussy was so wet he slipped in strait away. I continued to suck various guys while I was being fucked. It felt so good being face fucked and getting my pussy fucked at the same time. I was on the verge of having my first orgasm, but guy number one blew his load. For a split second, I felt kind of disappointed and let down, but there was a second guy ready to take his place. He pumped me hard for about a minute, and managed to get me to my first orgasm. I bucked and squirmed with pleasure, at the same time trying not to bit the guys cock that was in my mouth. It was all too much for Mr number 2, who also blew his load. The guy who was face fucking me also got excited and below his load of cum in my mouth. Given the situation I was in the only thing I could do was swallow his entire load. Ashely witnessed this, said I want to taste some of that you dirty bitch and gave me a long tong kiss trying to get some of the cum out of my mouth. One thing I was noticing was that the guys did not seem to last very long I this environment

By this time around 4 hours had past and most of the guys had hit their limit and were starting to leave. Ashley and I went to the bathroom to get cleaned up. As we were getting dressed she asked me how I liked my first gangbang. I told her the truth, I loved it!! I had never really thought about doing this before, but I would defiantly do it again. I then asked her how they knew the guys. I thought she was going to say these were guys we had hooked up with previously, or we know them from swingers clubs etc… but no… the response. They were randoms babe, we met them online which she said with a naughty grin. Yep we just let 8 random guys fuck as bareback for 4 hours…. I told you we were going to get fucked like the sluts we are!!.. She then explained that Brad had advertised this little session on a personals website, and Ashley and Brad chose the lucky guys. She then showed me the add on her phone. There was a pic of me and Ashley from one of our earlier play meets. There was no face showing but you could tell it was us. Apparently each guy paid 300 to attend. Brad then gave me an envelope with $1,500 in it. You reward for the night. At this point I thanked them for the night and left.

Driving home, I should have felt violated by what had happened ,but I didn’t. the fact that I just had unprotected sex with 8 random guys kind of just added to the thrill 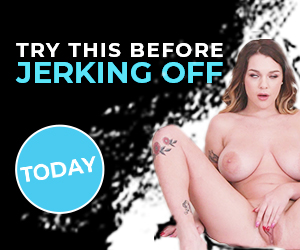